He’s the only constant member of 10cc, acclaimed as one of the most inventive and influential bands in the history of popular music. But Graham Gouldman isn’t just a singer and bass player: before he was 21 he’d written million sellers for the Yardbirds, the Hollies and Herman’s Hermits; he’s had success performing with other acts; and he’s a slick producer as well.

This year Graham has done two tours with Ringo Starr’s band as well as taking 10cc around the country. Next year looks just as busy for the 72-year-old who will be performing in foreign climes including Russia and Japan.

On their current tour 10cc will be playing an already sold-out gig at Buxton Opera House, a venue where they have performed several times before. Graham remembers the last time, a couple of years ago, very well.

“Our PA broke down, so we did some numbers acoustically. It went down really well and it made for a special night. We did offer a refund on the tickets but hardly anyone took that up because they enjoyed the fact that we made the most of the situation and tried to give the audience what they wanted.”Twelve months ago Graham was back in Buxton, this time at the Pavilion Arts Centre. He performed his acoustic show Heart Full of Songs which he will be taking to Germany and Holland in 2019.

“It’s an aside to 10cc really,” says Graham who comes across as intelligent, thoughtful and even-tempered.“We play smaller audiences but it’s something I really enjoy because I get to do songs that I wouldn’t be doing in a 10cc show, songs I wrote in the ‘60s, songs I wrote with Andrew Gold, film music and solo stuff as well.”

Graham teamed up with the late American singer Andrew Gold from 1984 to 1990. As the group Wax their song Bridge To Your Heart reached number 12 in the UK singles chart. For some people, though, Graham will always be known as a quarter of 10cc. He says the current band is “as near as you’re going to get to hearing the perfect 10cc”. Why?

“You’ve got one original member who sang some of the songs, all the 10cc records were co-produced by me, and two of the members (guitarist Rick Fenn and drummer Paul Burgess) have been with the band from the very early days on record and on the road.”

Graham Gouldman was born on 10 May 1946 near Salford in Lancashire. He began playing in bands when he was a teenager and one of them, the Mockingbirds, signed a recording contract. But the Columbia label rejected Graham’s first single, For Your Love – which became a major hit for the Yardbirds.

Graham also wrote Bus Stop for the Hollies, No Milk Today for Herman’s Hermits and Pamela, Pamela for Wayne Fontana.

In 1969 Graham and his friend, former Mindbender Eric Stewart, became financial partners in a recording venture, Strawberry Studios, at Stockport. Two other friends, Kevin Godley and Lol Creme, joined them as session musicians.

Since then they’ve sold more than 30 million albums worldwide. Three of their songs reached number one in the charts, I’m Not In Love, Dreadlock Holiday and Rubber Bullets. I’m Not In Love has been played more than five million times on American radio stations. No wonder Graham says that’s the one song the band can’t afford to leave out of their set wherever they perform.

“It’s a special song, there’s no doubt about it. I’ve done different versions of it – I do it in the acoustic show so it’s a more stripped-down arrangement. The song has a certain something about it that’s almost mystical. It’s a once-in-a-lifetime song.”

Did the band feel it was special when they were recording it?

“Well, we knew it was good. The production was really very important. It matched the mood of the song, the melody and the words perfectly. So I always credit the production as much as the song.”

Graham who was inducted into the Songwriters’ Hall of Fame in 2014 feels that the timeless quality of the songs has been the main reason why 10cc has lasted for more than 45 years.

“It’s almost like there are three generations coming to see us: there’s the older generation and some of the 40-somethings are bringing their kids with them. That’s great to see. I think they want their kids to see musicians who can play well without the use of backing tracks or auto-tuners or anything else like that.”

Graham treats the music business seriously although he confesses that he’s not working but enjoying himself a lot of the time.

He tries to limit tour dates to no more than four in a row so that he doesn’t stretch his voice too much: “Within 10cc we’ve got two singers. I share the singing with someone else so there’s less of a strain.

“The other thing to be said is that we don’t lead a rock ‘n’ roll lifestyle. As soon as we get back to the hotel it’s straight to bed. There’s no carousing or anything like that. We’re all conscious of looking after ourselves. Like any job you’ve got to keep fit to do it. And being on the road in a band is exactly the same as that.

“Being on stage for a couple of hours is like all your workdays concentrated into those two hours. You come off stage and you might feel tired but you feel exhilarated at the same time and it’s a lovely feeling.

“If you look after yourself, being on the road doesn’t have to be as unhealthy as it sounds. But you have to discipline yourself and not have the full English breakfast every morning!”

Like many musicians and artists I’ve spoken to over the past few years, Graham feels fortunate to be doing a job he absolutely loves.

“Every day I say thank you to whatever made this happen. I can’t do anything else really – I’m not very good at anything else although I’m not a bad cook. I get to do what I want to do and live the life I want to live.

“There are three things that I do in my work life: writing, recording and performing. Making music with other people is one of the great joys of life. I’ll continue to do that for as long as I can.”

Fans of 10cc will be delighted to know that Graham has no intention of hanging up his guitar yet.

“It’s one thing to have a gift but you need a certain amount of drive to realise your ambition. I want to continue to write and record good songs. I think it’s in me to keep striving to do good stuff.”

Anyone disappointed at not getting a ticket for the Buxton gig shouldn’t despair: 10cc have just announced a 2019 tour that includes the Royal Concert Hall, Nottingham on 2 March. But don’t hang about – there’s sure to be people clamouring for tickets to see a band who have achieved creative, commercial and critical success. 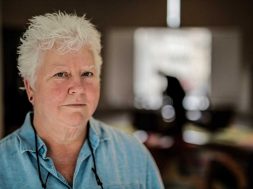 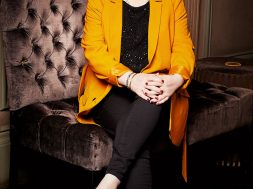