From sitting shoulder to shoulder with a mountain gorilla on the slopes of a dormant volcano in Rwanda, to being charged by a wild tiger in the foothills of the Himalayas, Pollyanna Pickering is one of the few artists to have truly travelled the world to get close to her wild subjects.

And Pollyanna recently fulfilled a lifelong ambition by becoming one of the only wildlife artists to have painted on all seven continents – as well as in the High Arctic.

Over the years, Pollyanna’s reputation has grown – not just as an artist, but as a painter-traveller – her paintings capturing with flawless detail the diverse beauty of a world that is wild, unspoiled and rich with wildlife.  Now a brand new collection of original paintings will celebrate thirty years of her expeditions into some of the most remote and inhospitable parts of the world, where she studies and paints endangered species in their increasingly fragile habitats. From her first safaris in Africa to her most recent expeditions into the antipodes, Pollyanna continues to be passionate about wildlife and equally passionate about the accurate interpretation of her subjects.

Visitors will be welcome to the exhibition Wonderful World which will run from 17th June – 2nd July in Pollyanna’s private gallery at Brookvale House, Oaker, near Matlock, DE4 2JJ (AA signposted).

Her remarkable travels continue to provide her with inspiration for her award-winning artwork. On all except the very first of her journeys, Pollyanna has been accompanied by her daughter and business partner Anna-Louise, an accomplished photographer and writer who not only organises but also documents the journeys.

Several of their expeditions have been truly ground breaking. In the early 1990’s they were the first two western women ever to travel to a remote area of the Borderlands of China and Tibet, where they worked in a hospital for pandas – and incredibly also sighted a wild Giant Panda – at a time when fewer than 50 westerners had ever done so.  In 2008 Pollyanna was granted a fellowship from the Canada based Artists for Conservation Society and undertook a landmark expedition into the remote and isolated Himalayan kingdom of Bhutan, carrying their expedition flag.  She became the first western artist to comprehensively study and paint the wildlife of the kingdom, and the resulting paintings were exhibited in the UK, Canada and New York – and this year will also be shown in China. Pollyanna is the only artist ever to have sketched the Ethiopian Wolf from life.  The rarest wolf in the world, there are none in captivity anywhere – even in Africa – and Pollyanna travelled to the Sanetti Plateau high in the Bale Mountains to search for them.

And of course the journeys are not without their moments of danger. In addition to surviving a tiger charge Pollyanna has braved the sub zero temperatures of Siberia to search for Amur Tigers, and travelled by husky dog sled, camping on the ice in tents and igloos to sketch polar bears in the High Arctic.

“Despite what you might think wildlife art isn’t always the most glamorous of jobs” she commented “I have found myself wading knee deep through bat poo in underground caves, contracted dysentery in Africa, been chased by a king cobra, found scorpions in my camp bed and tarantulas in my bath towel! But I can’t complain – I find ceaseless inspiration in the wildlife I sketch” In search of the perfect picture  Pollyanna has canoed through crocodile infested rivers in South America, lodged with a Count in Transylvania while searching for wild wolves in the forests and come face to face with fearsome komodo dragons in Indonesia.

Most importantly every single expedition which Pollyanna has undertaken has subsequently inspired a collection of paintings – and each exhibition of this work has raised vital funds for a conservation or community project in that country.  From building a rehabilitation enclosure for orphaned painted dogs in Namibia to rescuing a moon bear from the unspeakably cruel bile farming trade in Vietnam, carefully selected projects help some of the most vulnerable species globally.

While surrounded by penguins on a National Geographic expedition to the Antarctic, Pollyanna realised that by sketching on what is often referred to as ‘The Final Continent’ she had in fact painted on every continent in the world… except one!  So last winter she packed her art materials and travelled down under to Australia.  Although she is honoured to hold the title of Global Ambassador to the Australian organisation Wildlife Warriors Pollyanna had never previously travelled to the country.

Stepping off the plane on to Australian soil Pollyanna completed her incredible quest to paint on all seven continents.  She spent two months traveling around the country, visiting numerous wildlife sanctuaries and hospitals to learn more about the animals they were caring for.  On Philip Island she was enchanted to watch the evening return of the fairy penguin – the world’s smallest species – to feed their chicks at their nest sites after a day spent fishing at sea. She spent time trekking in the outback, and searching for animals in the wild – being rewarded with numerous sightings of koalas, kangaroos, wallabies, echidnas and even a wild dingo. Pollyanna also joined wildlife rangers in the Western Plains of Victoria to help with their daily monitoring of wild koalas in the area, and spent a day planting trees as part of their eucalyptus reforestation project.While on the continent Pollyanna felt compelled to take in the iconic beauty of Uluru, in the red centre.  While in the area she took the opportunity to learn more about Aboriginal bushcraft and art.  “I have always been fascinated by aboriginal art which is itself inspired by the natural patterns of nature – animal tracks and the shapes of rocks and rivers – and I will include some of those influences in my finished paintings.”

The paintings created following this journey will form the centrepiece of the Wonderful World exhibition – along with over 40 new paintings inspired by her previous expeditions.  Pollyanna will be in the gallery throughout and will be pleased to chat about the paintings, and the journeys which inspired them.

Two new limited edition prints will be exclusively launched during the exhibition.  Brand new card and papercrafting kits and printable DVDroms will also be available – as launched live on television in a series of regular and increasingly popular programmes featuring Pollyanna live on the Create and Craft channel!  Also on display throughout will be the latest additions to Pollyanna’s extensive ranges of greetings cards, fine art and limited edition prints, and a wide variety of gift ware featuring her work – including stationery, china mugs, cross stitch kits, signed sets of her postage stamps issued in Africa, and first day covers for the Royal Mail alongside an exclusive display of the latest selection of gift ware commissioned by Harrods. A sneak preview of next year’s charity Christmas cards will also be available.

A minimum of Ten Percent of all sales throughout the exhibition will be donated to worldwide conservation projects through the Pollyanna Pickering Foundation. Tea and coffee will be available throughout, and visitors are welcome to bring a picnic to enjoy in Pollyanna’s Gardens.

And although Australia might be the final continent for Pollyanna it is definitely not the final journey!   This Summer she will be heading to Brazil in search of jaguars in the Amazon basin.  She is also looking forward to joining Born Free in Kenya to help build lion proof enclosures for Masai cattle, and will be returning to the deserts of Arizona to continue studying their unique wildlife prior to staging a one man exhibition in Tucson next year. 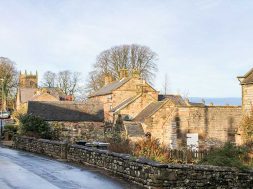 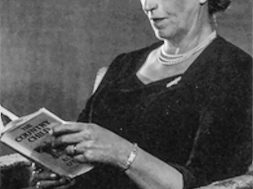